So it’s week 13 already and things have slowed down a bit on the house.  I’m thinking it’s because of all of the rain and moisture that we’ve been having lately.  Usually July is dry and hot here in Colorado, but this summer we’ve been wet and cooler than the norm.  I can’t complain though, because we need the moisture with all of the fire danger here.  Although not a lot was done, a few things were worked on.  We have our window shutters sitting in the garage waiting to be put up as well as the stairs from the garage to the house.

They did start to run some wire from the switches, outlets and light pods, but they still have a long way to go.

Above is a better shot of our tub that they put in last week.  I’m pretty excited to have a tub and shower separate from each other!

Oh!  And I was thrilled to see that the four extra windows that Ron ordered for me, are starting to be cut!  Natural light is a must for me and I’m so thankful for Ron adding these for me.  I’ll have some added upstairs and downstairs!

And in the basement, they’ve started to frame the doorway, as well as put in the furnace. 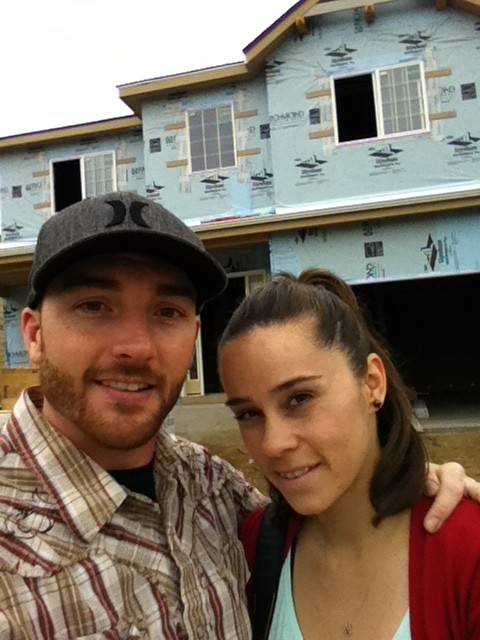 We hoped to see more progress, but some is better than none.  Oh, they did start to put the roofing on, too.  The weather strip is on and the shingles are starting to go up.  I can’t wait to see what next week brings!